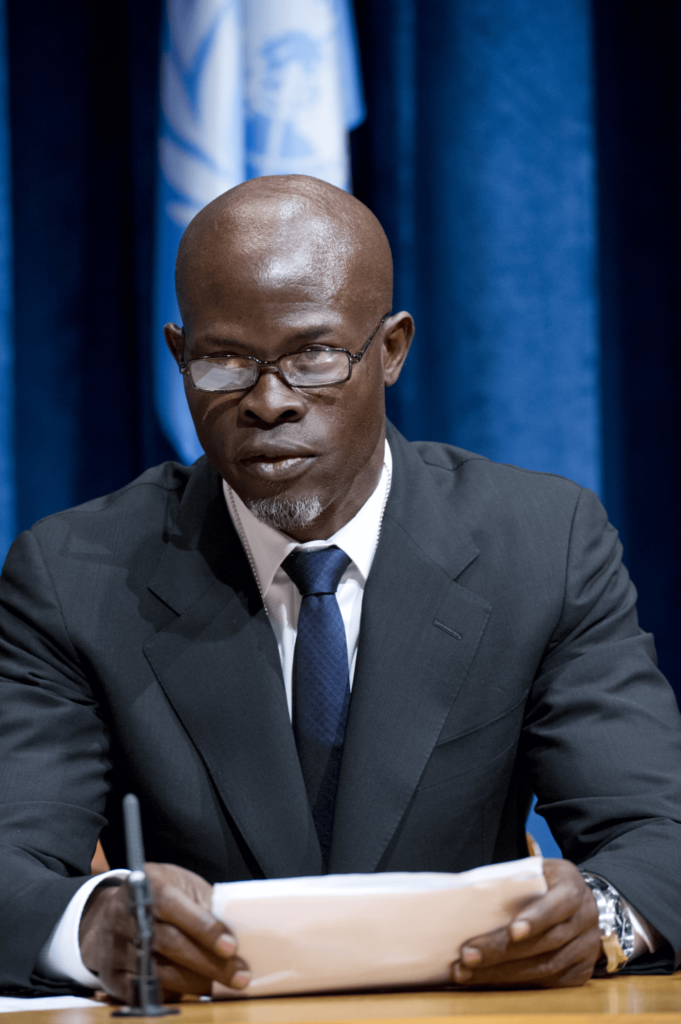 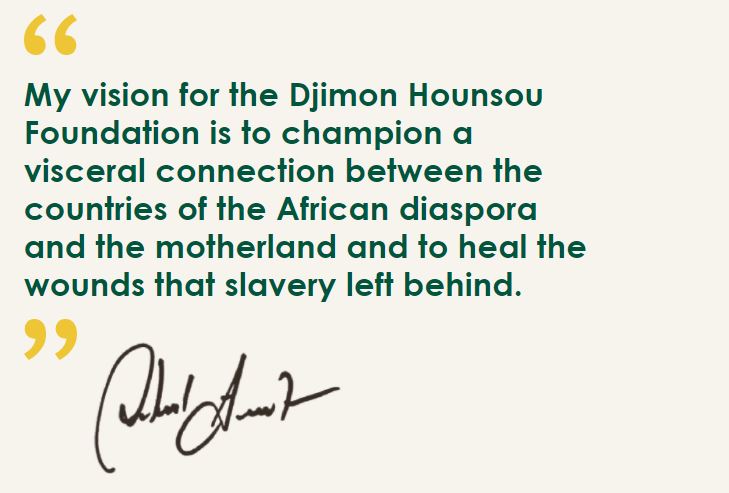 Our Program
Our mission
About DHF
About Djimon
Awards
Our Program 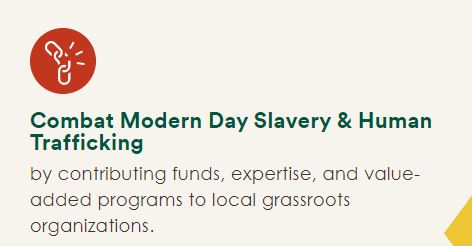 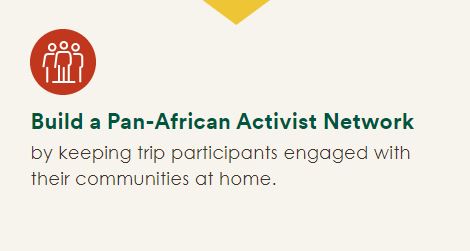 The purpose of the Djimon Hounsou Foundation (DHF) is twofold:

Strengthening Connections Among the African Diaspora.

December 2 marks the ‘International Day for the Abolition of Slavery’ as well as the birthday of the Djimon Hounsou Foundation. On this symbolic day in 2019, Djimon Hounsou commemorated the 400-Year-Anniversary of the transatlantic trade with a speech in front of the Ark of Return at the United Nations Headquarters.

On this occasion, the African-American actor and humanitarian also announced the formation of the Djimon Hounsou Foundation. Based in Los Angeles, California, we are a tax-exempt charity dedicated to the mission outlined below.

Hounsou was born in Cotonou, Benin, to Albertine and Pierre Hounsou, a cook. He emigrated to Lyon in France at the age of 12 with his brother, Edmond. Soon after arriving there, he dropped out of school and was homeless for a time. A chance meeting with a photographer led to an introduction to fashion designer Thierry Mugler, who encouraged Hounsou to pursue a modeling career. In 1987, he became a model and established a career in Paris. He moved to the United States in 1990.

He began his career appearing in music videos. He made his film debut in Without You I’m Nothing (1990) and earned widespread recognition for his role as Cinqué in the Steven Spielberg-directed film Amistad (1997). He gained further recognition for his roles in Gladiator (2000), In America (2003), and Blood Diamond (2006), receiving Academy Award for Best Supporting Actor nominations for both the latter films. He also played an antagonist in Furious 7 (2015). He has been nominated for a Golden Globe Award and three Screen Actors Guild Awards. He plays an important role as well in the French film Forces spéciales (2011).

In the Marvel Cinematic Universe, he plays Korath the Pursuer in Guardians of the Galaxy (2014) and Captain Marvel (2019). Additionally, in the DC Extended Universe, he played the Fisherman King in Aquaman (2018) and the wizard Shazam in Shazam! (2019) and Shazam! Fury of the Gods (2023). He played Papa Midnite in another DC movie, Constantine (2005).

Create an Account
Start typing to see products you are looking for.